Like his father and uncle before him, Dan had come to the realisation that in order to have a happy and balanced professional life, you needed a happy and balanced personal life. So, on an early year trip to his favourite holiday destination, Moreton Island, Dan popped the question to his high school sweetheart Melita. The state of nervousness with which the question was asked differs depending on whose version of events one hears, but, suffice it to say that Mel lovingly accepted his proposal. A good thing too, because there was a significant arrival on the cards for these two within the next 12 months… 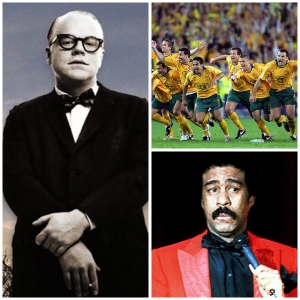 Some other noteworthy events from 2005 included:

– Schapelle Corby is sentenced to 20 years in prison for smuggling drugs into Bali;

– Bob Carr resigns from the Premiership of NSW, with Health Minister Morris Iemma replacing him;

– The Bali Memorial is opened in Melbourne to commemorate the lives lost in the 2002 Bali attacks;

– The Socceroos defeat Uruguay 4-2 in a penalty shootout in the second leg of their playoff, qualifying for the World Cup for the first time since 1974. It is a critical moment that helps set Soccer on the path to respect within the Australian community and domination at junior playing levels;

– Pope John Paul II passes away, sparking grief across the globe. He is succeeded by Benedict XVI;

– Hurricane Katrina smashes into the Gulf Coast, killing more than 1000 people and leaving millions more homeless. President Bush comes under furious criticism for his and the Government’s handling of the situation;

– Cancer replaces heart disease as the no.1 cause of death for people under the age of 85;