This year Cooke & Hutchinson Lawyers continued our push to innovate and expand by opening our brand new second office in North Lakes. Vision had now turned to reality for Gary and Dan after years of planning and hard work.

“Our Practice moved into North Lakes Central in January this year and we have been overwhelmed by the response, not only to the establishment of a second office, but also to the precinct itself,” said Gary.

“We are extremely excited by the prospect of immersing ourselves in the North Lakes community. This vibrant and ever growing area is a microcosm of the wider Queensland region and we are serious about bringing our Practice to the service of North Lakes and its people.”

“We can’t wait to get back to work next year and continue to build upon the growth we have achieved this year. Bring on 2015!”

2014 has been a watershed year for Cooke & Hutchinson. There have been many professional and personal milestones reached by the firm and our employees. Looking back at the past 40 years has given us a new perspective on our firm and what it has meant to us, the past and present employees, our clients and the wider community. We look forward to the next 40 years now with a sense of pride at seeing how much has changed, how much hard work has been done , how far we have come and how much more there is to do. 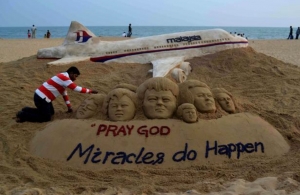 – Toyota Australia announces it will cease manufacturing in Australia by 2017

– A special election is held for 6 Western Australian Federal senate seats after the loss of 1,375 votes from the 2013 election

– Australian cricketer Phillip Hughes is knocked unconscious by a bouncer during a Sheffield Shield match in Sydney. He is taken to hospital in a critical condition and never regains consciousness. He passes away surrounded by family and friends

– South Sydney win their first Premiership in over 40 years, defeating the Canterbury Bulldogs 30-6

– Pro Russian unrest in the Ukraine leads to mass demonstrations. Russian President Vladimir Putin is forced to deny his government are not backing the rebels. No one believes him and Russia finds itself increasingly isolated from the world community

– Malaysian Airlines suffers two tragedies in the space of four months when the flight 370 disappears over the gulf of Thailand and is presumed crashed into the Indian Ocean. Flight 17 is then shot by a missile in the disputed Crimean territory in the Ukraine, killing 298 people, including 38 Australians

– Australian Prime Minister vows to “shirt front” Vladimir Putin at the G20 summit over Russia’s backing of the rebellion in Crimea, which led to the downing of MH17

And so, finally, we come to the end of our big look back at the past 40 years of Cooke & Hutchinson’s existence. Thanks so much to everyone who has been a part of it and we hope that it’s been fun, informative, enjoyable and a little bit different; sort of like what life is like at C&H!

All the team would like to wish you the best for the coming holiday period, 2015 and the next 40 years! 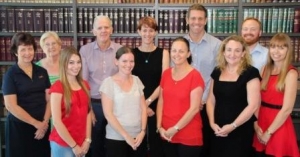