Always looking to break new ground, in 2013 Dan and Gary embarked upon a new concept that flew in the face of the traditional method law firms conducted business. Together with Gleeson Klein Solicitors and Parker Family Law, Cooke & Hutchinson became part of the Bluewater Legal Precinct. The joining of three separate law firms in the one premises offers clients access to a simple yet effective referral system that enables us to cater for virtually any legal issue or concern that they may have.

The unique and beneficial nature of the arrangement led His Honour Paul de Jersey, Chief Justice of the Supreme Court of Qld, to remark at Bluewater’s Grand Opening that “the availability of all these services together, at the same identifiable location, provides a really desirable public service.” 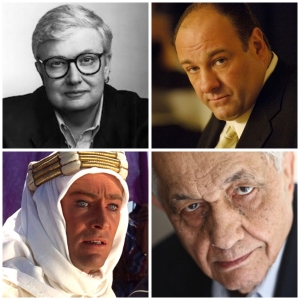 Some of the more notable water cooler topics of 2013 were:

– Continual underming by Rudd forces moves former leader Simon Crean to publically demand a leadership spill from Gillard so that Rudd can once and for all make his claim for the leadership. Gillard opens the position up for challenge but Rudd declines the opportunity, leaving Gillard on eroding ground and Crean without a leg to stand on;

– After a brazen, duplicitous, ruthless, maniacal and underhanded campaign of undermining and sabotage, Kevin Rudd finally gets his revenge on Julia Gillard by defeating her in yet another Labor leadership challenge 57-45 and becomes Prime Minister for the second time;

– Rudd’s glory is short lived when he is defeated by Tony Abbott’s coalition at the Federal election. The 2 time PM is true to form by delivering a rambling, indulgent and self congratulatory concession speech that is almost twice as long as Abbott’s more measured victory speech;

– Holden announces that it will cease vehicle productions in Australia from 2017;

– Gai Waterhouse wins her first ever Melbourne Cup with Damian Oliver riding Fiorente to victory in the great race;

– Pope Benedict XVI becomes the first Pontiff in almost 600 years to resign from the position. He does so citing advancing age and physical weakness, with Argentinian Cardinal Jorge Mario Bergoglio (Francis I) succeeding him;

– South African Olympian Oscar Pistorius is arrested for the murder of his girlfriend Reeva Steenkamp;

– Princess Kate gives birth to a boy they name George;

– The film world loses 2 on-screen titans in actors James Gandolfini and Peter O’Toole and 2 off screen in critics Roger Ebert and Stanley Kauffmann;

– Nelson Mandela passes away at age 95 after several months of ill health;

– Nearly 5000 people are killed in the Philippines when typhoon Haiyan strikes the country;

– Stories We Tell, Blue is the Warmest Colour, All is Lost, Before Midnight, Inside Llewyn Davis, Spring Breakers, Nebraska, Mud, Her, Dallas Buyers Club, 12 Years a Slave and The Wolf of Wall Street are released;