In this world of ours, we hear so many stories of inhuman brutality, inflicted by humans upon fellow humans, often in the name of religion, race or politics. Occasionally however, a story will emerge that spits in the face of extremism and hate and at the same time provides hope and inspiration to everyone else. Such is the story of Malala Yousafzai, an extraordinary person whose courage, commitment and character has shone like a light since the moment her name was first shouted from her home town in the Swat Valley in the Northwest of Pakistan. Malala’s story is a testament to the perseverance of the human spirit and the capacity we all have for good will towards others. 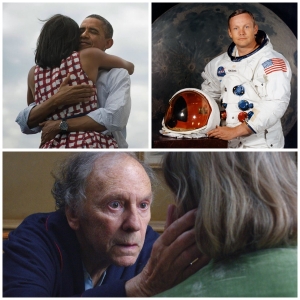 Here are some of the things from a big 2012 that had people talking:

– Former Brisbane Lord Mayor is parachuted into the State leadership from outside the Parliament, leading the LNP to victory over Anna Bligh with the largest parliamentary majority in Queensland political history;

– Peter Slipper stands aside as Federal House speaker after being accused of sexual harassment, later resigning from the position permanently;

– After constant undermining of her leadership by a spiteful Kevin Rudd camp, a leadership ballot is held that results in a 71-31 vote victory for Julia Gillard over her bitter rival. The result does nothing to stem the ruthless and vindictive sabotage waged against Gillard;

– 14 year old school girl Malala Yousafzai is shot in the head and neck by Taliban militants. She was targeted due to her outspoken criticism of the Taliban and determination to receive an education. Malala makes a full recovery and in October 2014 receives the Nobel Peace Prize for her advocacy of education and women’s rights;