This was the year that Australia lost its innocence. When 88 Aussies were murdered in a deliberate attack on a tourist hotspot in Bali, it became all too clear that we had become targets in a war that we had nothing to do with starting but had just become tragically involved. 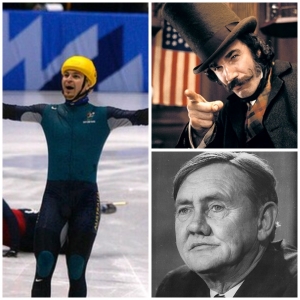 – The inaugural Redcliffe Festival is held

– In February, much of the nation is placed on water restrictions as the worst drought in 100 years grips the land

– 88 Australians and a further 114 people are murdered in Bali when suicide bombers, believed to be part of the Jemaah Islamiyah terrorist group, detonate devices in and around the Sari night club in Bali

– Steven Bradbury etches his name into Australian folklore by winning Australia’s first ever Winter Olympic gold medal. Bradbury only reached the final after everyone is his semi-final crashed in front of him. The exact same thing then happened in the gold medal race

– The Brisbane Lions win their second consecutive AFL Grand Final, defeating the Collingwood Magpies by 9 points. Collingwood President Eddie McGuire bleats that his team was robbed and begins a crusade to strip the Northern State teams of their cost-of-living salary cap bonus

– The Canterbury Bulldogs are stripped of 37 competition points and fined half a million dollars for salary cap breaches, taking them from minor premiership favourites to wooden spooners

– Damian Oliver rides Media Puzzle to victory in the Melbourne Cup, just days after his brother was killed in a horse racing accident

– North Korea admits it has been developing nuclear weapons, in a blatant breach of the treaty signed with the South

– US energy company, Enron, is investigated for hiding debt and misrepresenting the company’s finances. Chairman Ken Lay is forced to resign